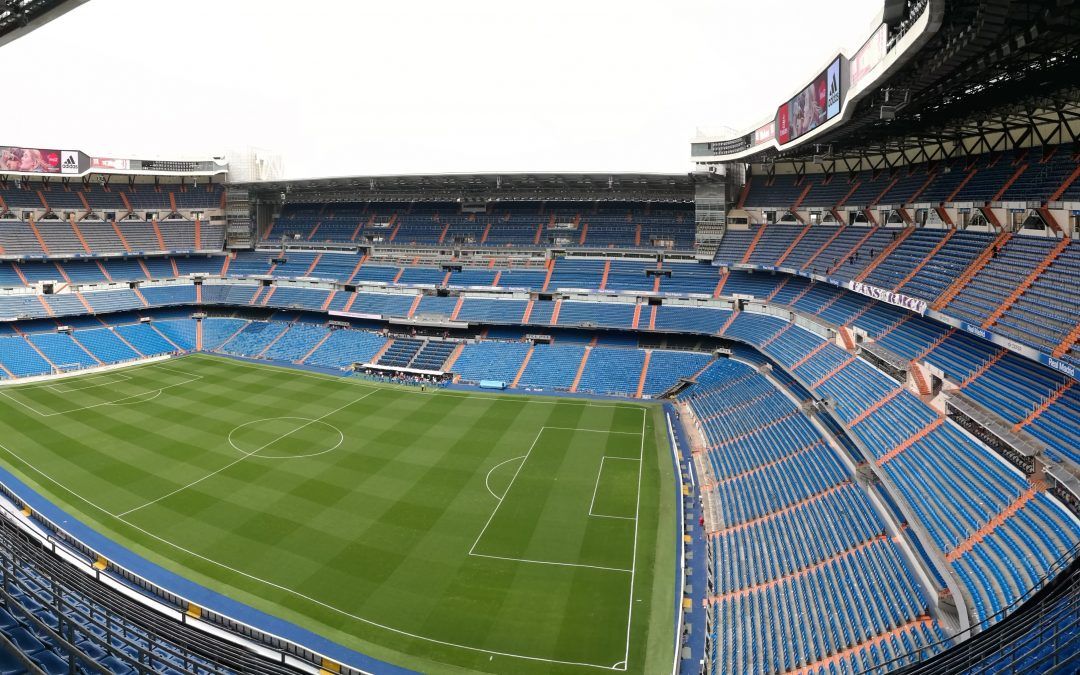 You will agree with us that the Santiago Bernabéu Stadium has been the host of unforgettable moments in the history of football. The Santiago Bernabeu History will be presented in this article, we are going to tell you all the details of this incredible stadium, its anecdotes and events that have made it a football icon in the world. We will tell the story in an entertaining way and with some other secrets that are likely to be very interesting

The Santiago Bernabéu is the official home of the Real Madrid FC , one of the most competitive and successful teams in the history of football. We all know it is one of the best stadiums in the world.

It was inaugurated on December 4, 1947 under the name of Nuevo Chamartín on the Paseo de la Castellana and later changed to its current name, Santiago Bernabéu, on January 4, 1955, in honor of the president of the Real Madrid Football Club.

Throughout its fantastic history, the Santiago Bernabéu has gone through many structural changes. Did you know that it started with a capacity for 75,145 spectators where only 27,645 could have seats? It must have been quite uncomfortable to watch a game at that time.

Santiago Bernabeu and its beginnings 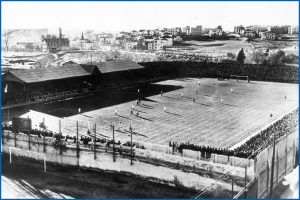 The Santiago Bernabeu History is really fascinating. In 1955, the Santiago Bernabéu underwent its first major transformation, in which, they increased their capacity to 125,000 spectators, becoming the largest stadium in the newly created European Champions League.

The stadium has hosted 4 Champion League finals since its inception.

The stadium hosted the final of the European Championship of 1964 between Spain and the Soviet Union. Spain won 2-1 and was proclaimed European champion for the first time in its history. Beating the Soviet Union was like winning the cold war.

Santiago Bernabeu in the 80´s

Let´s keep reading some more facts about Santiago Bernabeu History. In 1982, the Santiago Bernabéu underwent another series of structural changes because it was going to host 4 FIFA World Cup matches. For this reason, FIFA presented a series of conditions for the celebration of these games in the stadium. A partial roof was installed to cover as many seats as possible.

Due to this change, the capacity of the Santiago Bernabéu was reduced to 98,000 people and the lighting system was also updated.

The façade was also remodeled, new electronic markers were installed in the north and south ends of the stadium, and press areas, changing rooms, accesses and adjoining areas were restructured.

In this year the final of the FIFA World Cup was held between Italy and West Germany.

Santiago Bernabeu in the 90´s

In the decade of the 90´s, the stadium had its most significant remodeling. UEFA created a regulation in which all the localities that celebrate football matches had to offer seats, something that forced Real Madrid to expand the stadium to compensate for the loss of space and the decrease in capacity by including the seats in all its stands, increasing the stadium’s total capacity by 20,000 seats to reach 106,000 spectators.

Coinciding with the 50th anniversary of the stadium, in the summer of 1997 stadium seats are renewed and installed in those areas that did not yet have them, in application of the new restrictive UEFA regulations, lowering the capacity of the stadium from 106,000 to 74,328 spectators.

A third amphitheater was built that increased the height of the stadium from 22 to 45 meters, which required increasing the power in the stadium’s lighting system. Today, the capacity of the Bernabéu is 81,044 people. 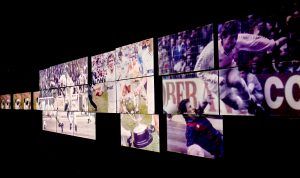 One of the reasons why the Santiago Bernabéu is so famous is because it is the home of Real Madrid CF.

Commonly known as Real Madrid, it is one of the most famous teams in the world that attracts masses in every game they play.

It was in the 1900s, led by Julián Palacios, that a group of players from this new sport that came to Spain from England began to shape Real Madrid. As a result of the great success and popularity they enjoyed, on March 6, 1902, Juan Padrós and Julián Palacios, officially constituted what we know today as Real Madrid CF.

Throughout its history, Real Madrid has had 16 presidents, among which we can name Mr.Santiago Bernabéu, who presided over the Madridistas from 1943 to 1978. The current president of the Whites is Florentino Pérez who´s had this responsibility on 2 occasions, his first term was from 2000 to 2006 and the second started from 2010 to the present.

It is under his presidency that Real Madrid has won an endless number of cups in national and international competitions, in which we can count: 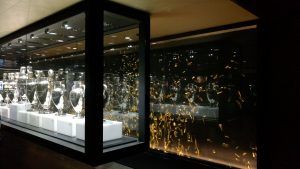 Throughout its career, Real Madrid has had 61 coaches, the longest being Miguel Muñoz from Madrid, who was in charge of the football team for fifteen seasons, winning 14 titles, followed by Zidane’s 9, the 8 of Molowny, the 7 of Del Bosque and the 6 of Villalonga and Johnson.

Currently, Real Madrid coach Zinedine Zidane debuted at Real Madrid on January 4, 2016, holding the position for three seasons, in which he was consecutively proclaimed three times European champion (2016, 2017 and 2018). In March of 2019, he began his second stage as coach of the merengue club. We hope that the team will return to the position it has held for so many years, HALA MADRID!! This is what has made the Santiago Bernabeu history so exciting.

It is cataloged as the third Museum of the city of Madrid. The tour of the Bernabéu is a technological marvel where the visitor can interact with the facilities and enjoy a unique experience. 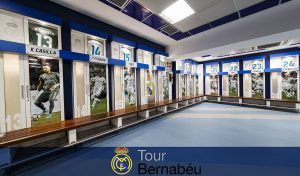 For the millions of lovers of Real Madrid FC, the Santiago Bernabéu is a place that inspires passion and emotion in its visitors. Walk on the playing field or go through the locker room like your idols before each game is for many, a dream come true.

With almost 1 million visitors per year, visitors come from all over the world, specially South America.

Did you know that you can spend an afternoon with a view of the stadium in one of its 4 restaurants? The restaurants are the Zen Market, the Real Café, the Asador de la Esquina and the Puerta 57. 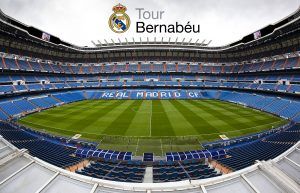 The Santiago Bernabéu is classified as an Elite Stadium and was named as such by UEFA in 2007.

This is how it becomes part of a group of legendary stadiums such as: The Alliance Arena in Munich, the Wembley in London and the Olympic in Rome, to name a few.

Among other curious facts about the Santiago Bernabéu, did you know that it is the best heated stadium in the world? It has installed more than 1300 heaters so that visitors do not suffer so much from the cold when playing in the middle of winter.

The Santiago Bernabéu is one of the only stadiums controlled electronically, from the heating, the lights to the retractable roof. Everything is handled with the push of a button.

We can also remember that it has been the scene of great musical events, because of its importance, it has hosted the best concerts that have been held in Madrid.

Names like U2, Bruce Springsteen and The Rolling Stones are some of the stars that have chosen the Santiago Bernabéu as the stage for their concerts.

Cristiano Ronaldo scores his goal number 4000 going down in history as one of the best soccer players of all time.

As you can see the Santiago Bernabeu History is worth knowing.

How to get to the Santiago Bernabeu Stadium 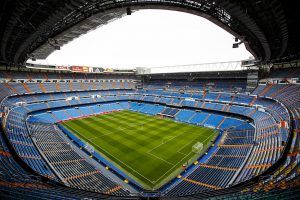 It is a known fact that the visitor that comes to Madrid has to make a mandatory stop at the Santiago Bernabéu. Either because he is a fan of the Real Madrid Club, a football lover or simply a traveler who is curious to see such a famous structure.

The city of Madrid, fortunately, has a public transport system very easy to understand for those who visit it for the first time. The best way to get to the Bernabéu is by Madrid Metro.

If you want to know where it is, the address of Santiago Bernabéu is Av. De Concha Espina, 1, 28036 Madrid. To get there by Metro, you must take Line 10 to Santiago Bernabéu station. Once there, when leaving the station you will find the Madrid soccer mecca.

As you can see the Santiago Bernabeu history is full of wonderful events. Visiting this iconic monument of international football is a dream for many lovers of this sport, so we invite you to plan your visit, send us an email and we will organize your stay and tickets for the tour.

We thank Real Madrid CF for providing the images of the tour.

Open chat
1
Need help?
Hello, how can we help you?
X
Cookies policyThis page uses cookies and other technologies so that we can improve your experience on our sites: More info